The Senedd, the home of the National Assembly for Wales, took part in the national #LightsOut event on Monday 4 August. The Senedd turned its lights off between the hours of 22:00-23:00, leaving only a single light for this symbolic act of reflection and hope to mark 100 years since the start of the First World War. The National Assembly for Wales decided to take part in the #LightsOut event alongside national landmarks across the UK, not only to share participation but to show its respect, admiration and gratitude to those lost in the conflict 100 years ago. 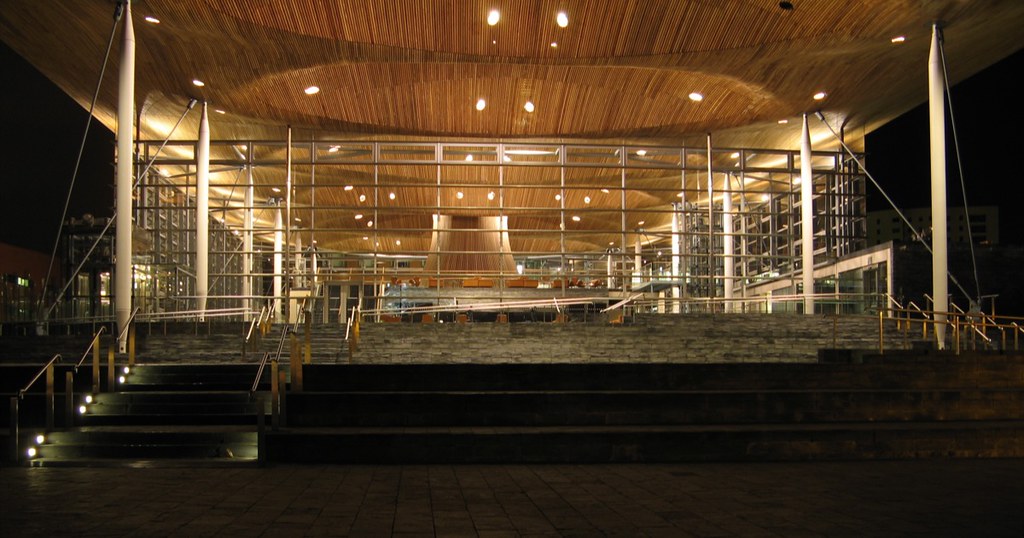 This is how the Senedd usually looks at night. Image from Flickr by identity chris is. Licensed under Creative Commons.

The logistical set-up for this event was fairly straightforward, requiring the Senedd lights to be set to a timer and turned off at 21.59. With the help of Martin Hunt, the Technical Director of the Wales Millennium Centre, I set up a single spotlight in the middle of the Neuadd to shine out into Cardiff Bay at 22.00 precisely.  Jason Allan, Head of Security, then accompanied us to the outside of the Senedd where we were able to see the impact of the spotlight against the darkness of the Senedd interior. A small crowd had gathered outside to take photographs and people spoke about the significance of the light. There was a lovely atmosphere and it was great to see the BBC and St Davids Hotel had joined us in the Bay in shining a single light. Jason and Martin then returned to the Senedd to turn off the light at 23:00 leaving me to share photos of the event with our followers on Twitter and Facebook.

The National Assembly for Wales is very proud to have participated in this unique event and over the next four years will be hosting a series of lectures, debates and exhibitions to mark the centenary of the Great War and its impact on the people of Wales. 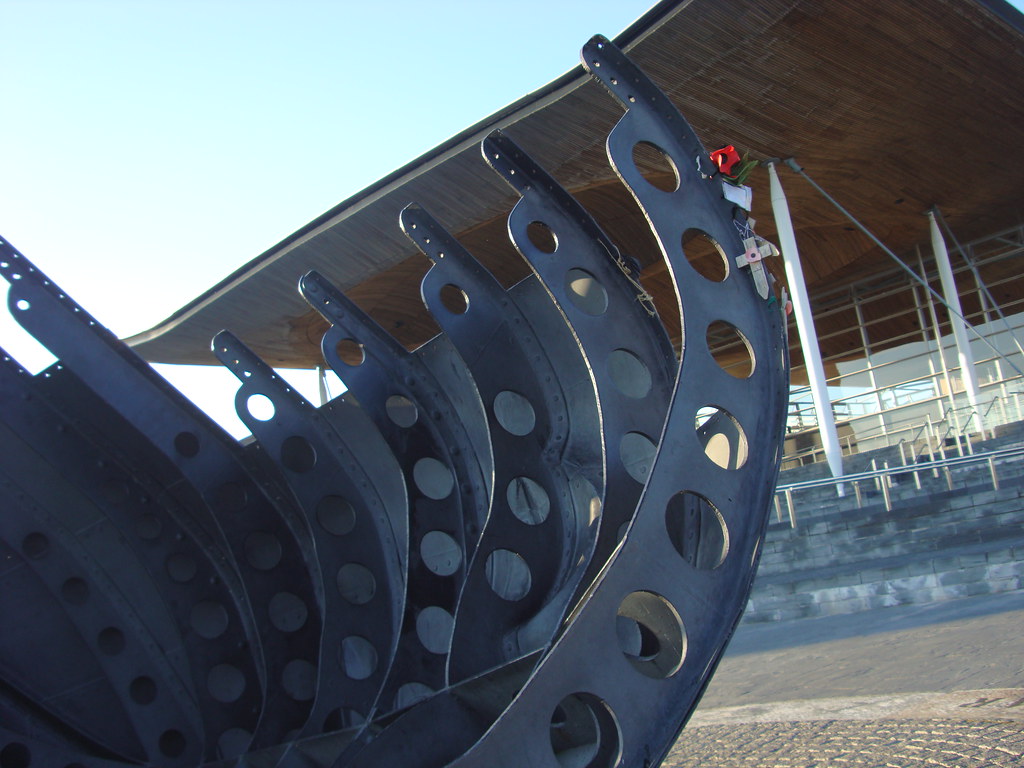