The Health and Social Care Committee is having a busy term this autumn with a number of important projects underway. These include work on new psychoactive substances (known as legal highs); the Mental Health (Wales) Measure 2010; and follow-up inquiries on areas of health and social care that affect the people of Wales.

The Committee’s consultation on new psychoactive substances (legal highs) closed last week. This important issue has been widely reported in the media over recent months, and the inquiry has sought the thoughts and opinions of the people of Wales. To inform the inquiry, the Committee visited parts of north and south Wales to talk to both former users and service providers on the impact and effect of these substances. 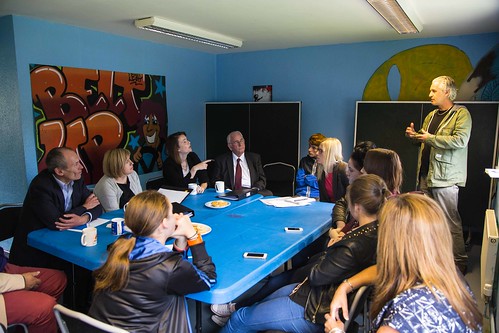 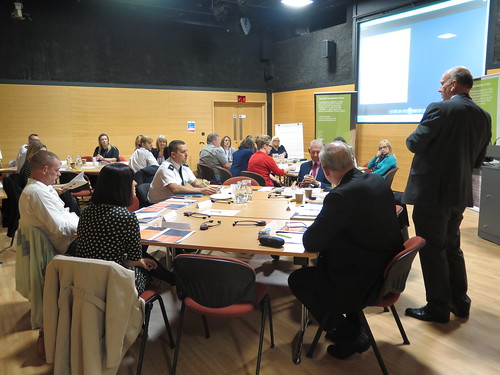 The Committee’s Chair, David Rees AM, said: “It has been of great benefit to us as a Committee to have this opportunity to speak with people who work on the front-line, and who are familiar with the issues surrounding the use of these substances. We are now looking forward to hearing more evidence on this important issue in November before bringing forward recommendations in the new year”.

The Committee will be taking oral (or spoken) evidence on Thursday 6 November and Wednesday 12 November, and the issues raised during the course of the inquiry will be put to the Minister for Health and Social Services on Wednesday 26 November. More information about how to watch the Committee’s meetings is included below.

The Committee published its report on its inquiry into progress made to date on implementing the Welsh Government’s Cancer Delivery Plan on 16 October. During the inquiry the Committee held focus groups with cancer patients and others with direct experience of cancer services in Wales. The report summarises the evidence the Committee heard, and set out its findings and recommendations to the Welsh Government. The report has been published on the Committee’s webpage, and anyone interested in finding out more can also follow the inquiry’s Storify.

The Committee is committed to following up on the recommendations that it makes following its inquiries to see what developments and progress have been made. This term the Committee has held a scrutiny session with the Minister for Health and Social Services and the Chief Pharmaceutical Officer for Wales to follow up on its inquiry on the contribution of community pharmacy to health services. The Committee reported on its original inquiry in May 2012, and now intends to write to the Minister with further recommendations.

The Committee will also be following up its inquiry into still births in Wales. The Committee reported on this one day inquiry in February 2013, and recently wrote to the Minister for Health and Social Services to request a progress update. The Minister’s response states that, despite the progress made on the engagement of clinical staff, further work remains to be done to fully implement all the Committee’s recommendations. The Committee will soon be writing to everyone that gave evidence in the original inquiry.

The Committee will also be holding a number of scrutiny sessions over this term, including a session with the Chief Medical Officer on Wednesday 22 October, and the Older People’s Commissioner for Wales on 26 November. It will also be receiving a briefing on the implementation of the Social Services and Well-being (Wales) Act 2014 on 20 November.

If you would like to book a seat to view any Committee meeting, contact the Booking Team on 0845 010 5500 / 01492 523 200 or assembly.bookings@wales.gov.uk. You can also watch the Committee’s meetings through the Assembly’s broadcasting channel Senedd.tv.