I’m Christine Chapman (@ChrisChapmanAM), the Chair of the Communities, Equality and Local Government Committee. This term the Committee has been busy working on the Gender-based Violence, Domestic Abuse and Sexual Violence (Wales) Bill. A Bill is a draft law – once a Bill has been considered and passed by the Assembly it is given Royal Assent by the Queen, then it becomes law. The Bill was introduced into the Assembly on 30 June 2014 and the Committee had until 14 November 2014 to look at the ‘general principles’ or the main aims of the Bill.

This Government Bill was originally introduced by Lesley Griffiths AM, who at the time was Minister for Local Government and Government Business. Following a Government reshuffle Leighton Andrews AM, Minister for Public Services took over responsibility for the Bill, from 12 September 2014.

The Bill seeks to ensure a focus across the public sector on processes in place for prevention, protection and support around gender-based violence, domestic abuse and sexual violence.

It will require Local Authorities and Local Health Boards to prepare strategies (or plans) to try to contribute to ending these forms of violence. A Ministerial Adviser will also be appointed and his/her job will be to work with Welsh Government by giving advice and assistance to the Welsh Ministers in tackling these serious issues.

The work of the Committee

Before starting our official Committee work on the Bill, we held an informal stakeholder event where we heard from service providers working with those affected by abuse. This was an extremely interesting event where Members of the Committee had the opportunity to speak to a large number of people from relevant organisations and gather a wide range of views. As the Chair, I found this very useful in preparing for our evidence gathering sessions as I was aware of the main issues and concerns. 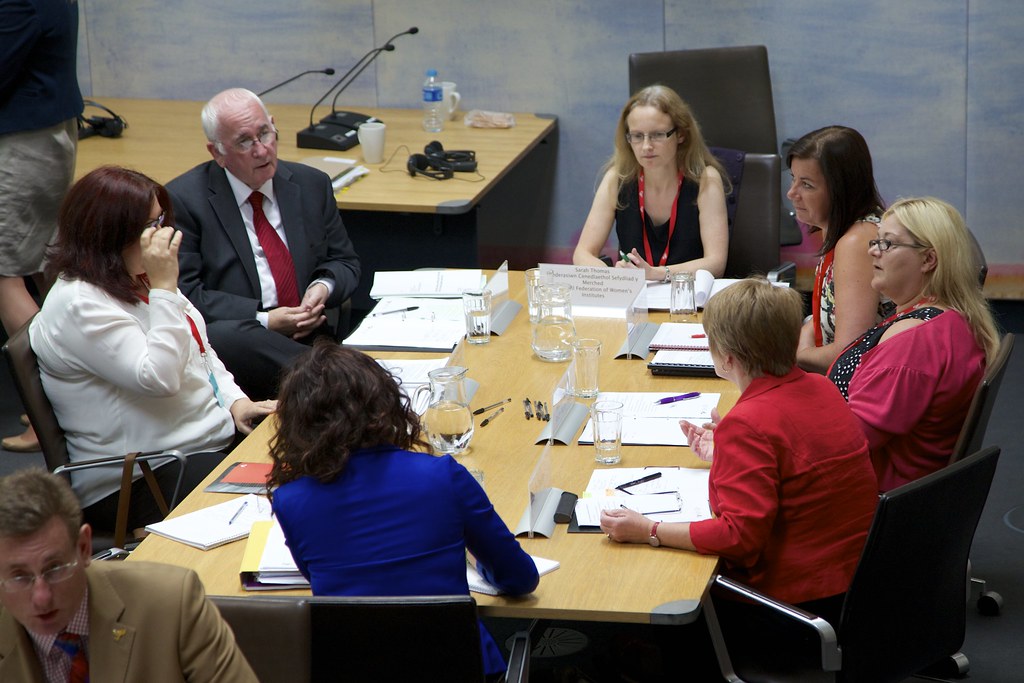 Written and oral evidence gathering – Stage 1 of the Bill process

As I mentioned, the Committee was given a deadline of 14 November, which allowed us 12 weeks to work on this Bill. This is called Stage 1, when we hear evidence and prepare a report suggesting recommendations to the Minister on improvements that the Committee proposes could be made to the Bill. We started our work by running a consultation and asking organisations and members of the public to look at the Bill and write to us with their views based on our terms of reference. We received 90 written responses. We also held public Committee meetings where we invited relevant organisations to speak directly with the Committee and answer questions that Members asked. We heard from a wide variety of organisations including Barnados, Welsh Women’s Aid, and Safer Wales, among many others, helping to inform the Committee’s decisions.

Evidence from the Minister

Another really important part of stage 1 is to hear from the Minister in charge of the Bill and to ask important questions about the purpose and detail of the Bill. We did this at the start and end of the stage 1 process. We held an evidence session with the original Minister in charge, Lesley Griffiths AM on 17 July and then again with Leighton Andrews AM, who is now in charge at our final session on 17 September.

Now that we have finished taking evidence, we have been considering the information received and we will be publishing our report shortly.

How to get involved and keep up-to date