An interview with Nick Ramsay, Chair of the National Assembly for Wales’ Public Accounts Committee 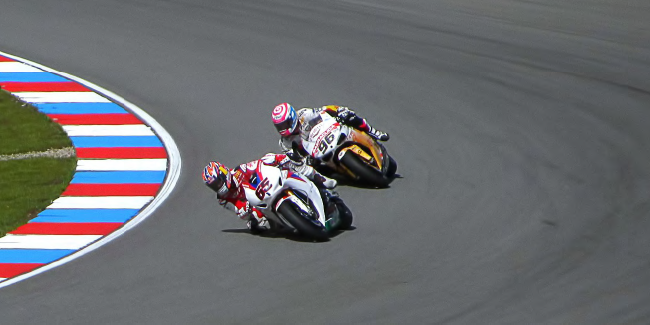 The Public Accounts Committee is releasing its report on its inquiry into the Welsh Government’s initial funding of the circuit of Wales project. What led the committee to look at this particular issue?

There was a fair bit of controversy around the original funding of the Circuit of Wales project and there were opinions on both sides as to whether it was a good idea or not.

The Auditor General decided to do his own inquiry into the spending of money and his report came up with a number of concerns and areas that he thought were worthy of greater scrutiny. On the back of that the Public Accounts Committee decided that it was worth looking at the project as well.

The inquiry focused on the handling of the funding and not on the principles of the Circuit of Wales project itself. We thought that had the project gone ahead it would have had great potential for Wales and for economic development. There were certainly aspects that we thought could have produced economic development and provided jobs for people in some of the poorer parts of Wales so we had no issues at all with the basic ideas of the project.

It’s not the role of the Public Accounts Committee to tell the Welsh Government what it should or shouldn’t do. At the end of the day the Government is elected by the people of Wales and they have a number of policy decisions that are for them to take – not for us. However it is the role of the Committee to make sure that when the Welsh Government decides on a certain policy that they are justified in pursuing that policy, that the amount of money the policy is going to cost is efficiently spent and we look at the broader issues surrounding the policy-making decisions that are taken by the civil servants under the Minister’s guidance.

What were the key themes that came out of the inquiry?

We were surprised by how the Welsh Government went about delivering the project. It happened over a considerable period of time and we were surprised at the way that the rug was pulled out from under the company’s feet at quite a late stage. This was done on the basis of technical questions rather than the due diligence which the Government is supposed to pursue.

Our inquiry looked at who took the decisions in the Welsh Government at certain points in time and who authorised those decisions – for instance regarding the purchase of FTR (which was a Buckinghamshire based motorcycle company) we couldn’t really find any proper decision making process that governed the spending of that money, on that project, in recent years.

The Welsh Government has provided various assurances that lessons have been learnt around the effective management of Welsh public money and the Public Accounts Committee has itself in the past scrutinised several instances where public money has been lost. Now following the Circuit of Wales project where a total of more than £9 million of public money was spent by the Welsh Government before they ended their involvement, does the committee think that the Welsh Government is doing everything it can to make sure these lessons are being learnt and taken on board?

The fact that that scale of public money was spent before the Welsh Government took the decision to end their involvement was a concern. Had the project come to fruition and had there been a benefit at the end, you could have said that money was justified but clearly, as things stand, spending that money wasn’t justified.

We think the Welsh Government has learnt lessons from what’s happened and they’ve given us assurances that in future this sort of situation won’t happen again. We think there needs to be far tighter lines of communication – for instance we found that situations developed where officials couldn’t say whether or not Edwina Hart, the Economy Minister at the time, was aware of funding decisions that were being taken. Now that’s not that that she wasn’t aware but there was no paper trail to prove it. In any organisation you need to have a paper trail that follows the money and in the spending of public money, particularly on this scale, that’s very important.

The report itself contains 13 recommendations but what’s the most important area that you think needs to be focused on?

Whenever a project is given the go ahead, in the initial stages there’s a process of what’s called ‘due diligence’ – for example It’s currently happening or will happen over the summer with the M4 relief road. When a public inquiry comes to the Welsh Government, Welsh Government officials will provide a pretty bulky case of due diligence to look at whether or not the project warrants the amount of money being spent on it.

In the case of the Circuit of Wales there was a due diligence process but then when the project was finally declined by the Government they didn’t cite the due diligence, they cited a technical accounting issue. This issue basically said that if the Government provided the company with the scale of the guarantee that they were looking for it would mean that that amount would be on the Government’s balance sheet. This would in turn affect the spend of the Welsh Government on all sorts of other projects because it was such a huge amount. But the Welsh Government would have known that from the start. What we couldn’t understand as a Committee was, why was it that the Heads of the Valleys company was allowed to go on year after year jumping through ever greater hoops when, at the end of the day, the project could never have been viable because of this technical accounting issue.

We couldn’t understand how on the one hand you had due diligence and on the other hand you had an accounting issue – but neither were connected. We think in future the Welsh Government needs to make sure that when they are asking companies to make bids for projects, and for money for projects, that those companies aren’t wasting their time. If something is going to be knocked on the head you need to do it early on rather than waste everyone’s time.

Why is this kind of scrutiny important to the people of Wales?

It’s vitally important. I think a lot of people look at the Welsh Assembly and they think it’s like Westminster. People see Jeremy Corbyn and Theresa May in Westminster and they think that’s what politics is. Well of course what happens in the Assembly Chamber is important and that gets issues into the media but behind the scenes there’s the day-to-day workings of Government which often doesn’t get any scrutiny.

It’s for cross party groups like the Public Accounts Committee to hold officials to account. Ministers take policy decisions and then Civil Servants come in and carry projects forward. If we don’t do the job of scrutiny then who else will?

The Audit Office and the Auditor General for Wales do a valuable job in highlighting issues initially but it’s the Public Accounts Committee that really looks into the detail of some of these issues and gets it out there into the media so that there is transparent scrutiny. We’re a cross party committee so it’s not a politicised atmosphere where the Government are saying ‘we want to spend this money on a project you don’t want us to do that’, policy is our area and we are here to make sure that public money is well spent.

The Public Accounts Committee is charged with scrutinising the spend of all public money in Wales. The Committee can undertake either their own inquiries or they can follow directions from the Auditor General for Wales and the Audit Office. It’s a pretty big brief as they can look at all aspects of funding including health, education, local authorities and economic development as is the case for their latest report on the Welsh Government’s initial funding of the Circuit of Wales project.

You can download the full report on the Welsh Government’s initial funding of the Circuit of Wales project and out more about the Assembly’s Public Accounts Committee at http://www.assembly.wales/SeneddPAC, you can also follow the Committee on Twitter at @SeneddPAC.