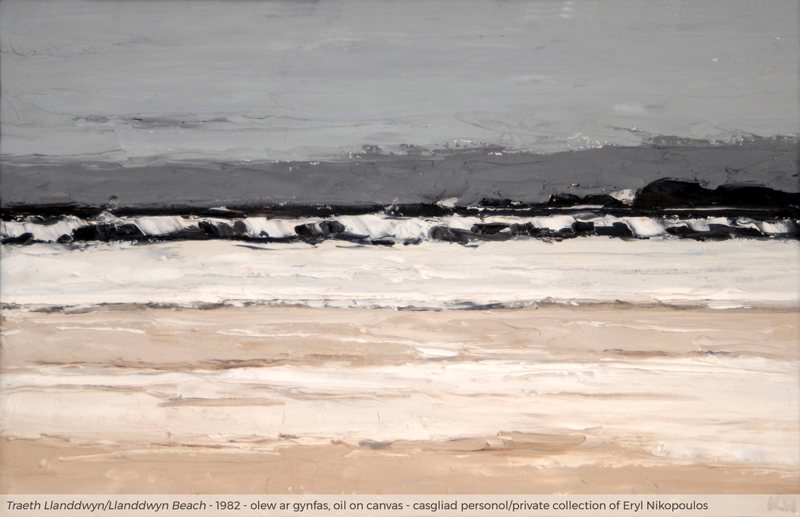 The Kyffin exhibition at the Senedd, through paintings and prints, represents Kyffin’s vast artistic output, is a fitting tribute to the genius of Sir John Kyffin Williams.

Painting for over 60 years, Kyffin became an expert in the use of the palette knife for his powerful creations, his landscapes, seascapes and portraits in oil. He was also a glorious and sensitive painter in watercolour as exemplified by his painting of flowers. Kyffin was also a keen exponent of prints.

An artist, a teacher and an influencer

To Kyffin, the preparation and printing of black and white and colour prints of his oil paintings  – along with his masterly ink wash drawings, remarkably pleasing to the eye – meant that as many people as possible had access to art: the teacher in Kyffin was always to the fore. Before moving home to Anglesey in Wales in 1974 Kyffin had been the senior art master at Highgate School in London for 30 years. As an artist, Kyffin realised early in his career that painting was not just putting images down on paper or canvas, but that love and mood was involved in the act of painting.

Such was Kyffin’s artistic influence, status and appeal that the paintings exhibited at the Senedd are not only from galleries and museums but also from Government offices, from individual homes in different parts of Wales, from broadcasting centres (ITV Cymru Wales and BBC Cymru Wales) and from University Collections (Aberystwyth University). The glory of this exhibition is that most of the paintings featured here are a part of people’s everyday lives, paintings that surround people in the workplace and in the house as well as in academia and art galleries. 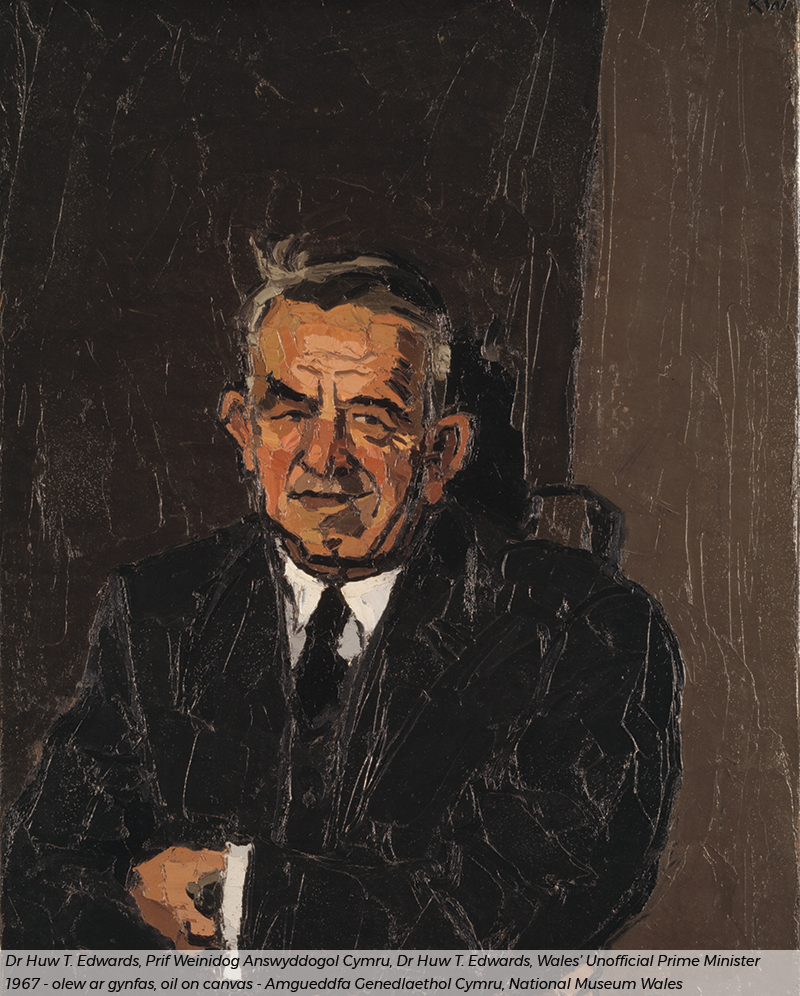 Sir Kyffin was truly a national treasure and a great benefactor to Wales, an artist by his own admission who painted in Welsh!

In a television interview in 2004. Sir Kyffin said that he ‘had painted thousands of paintings’. A few years previously, he had been criticised for painting too many paintings, only to reply to his critics with a remarkable limerick:

‘They said that enough was enough,
The output of work by old Kyff,
So they finally put strictures
On his output of pictures
So the output of Kyffin was nothing!’

Kyffin had a wonderful sense of humour!

Luckily for us he continued to paint. As Professor Tony Jones, a fellow Anglesey man and Director of the Kansas City Art Institute said:

‘Kyffin’s way of painting, the look and the style of his work, is distinctive, personal, unique – but is also immediately accessible to a wide audience … he captures the hanfod, the essence perhaps even the DNA of the Welsh landscape and he put it all in the paint.’

Kyffin’s friend and fellow artist Gareth Parry once said of Kyffin’s liberal use of paint that it was good enough to eat! Gareth always encouraged people to practically put their nose in it and revel in Kyffin’s palette knife markings.

You can visit the Kyffin Williams Exhibition at the Senedd from 4 – 31 October 2018.

Find out more about visiting the Senedd here. 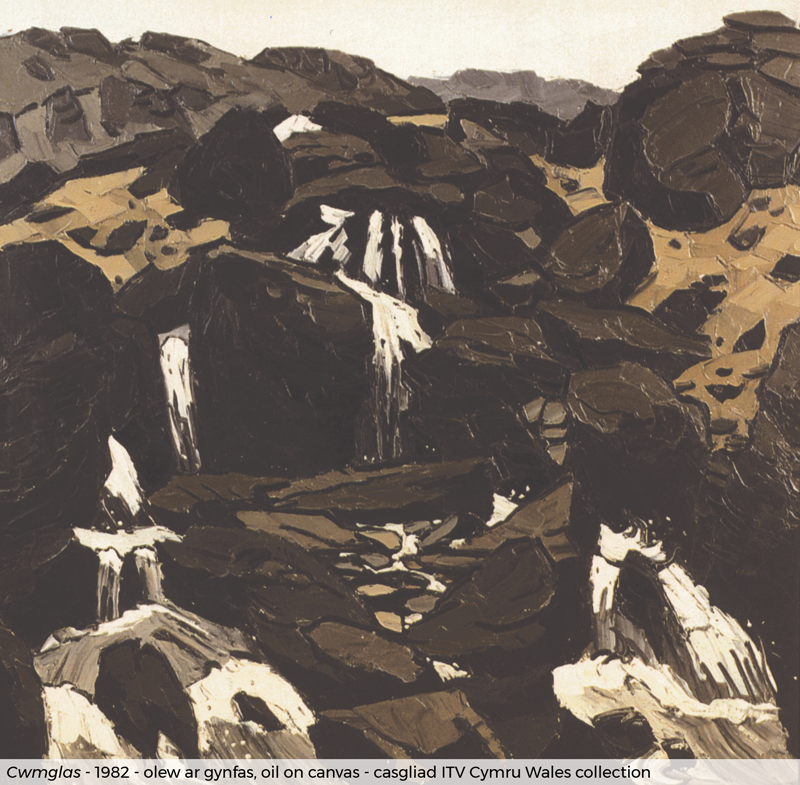